Since the harmful effects of asbestos exposure became fully understood, there has been a lot of publicity around this dangerous substance. Despite most people now knowing that asbestos is harmful, there are still a few areas of misunderstanding and false information. One such point of confusion is exactly when asbestos becomes damaging.

If you think – or know for certain – that there's asbestos present in your home or business premises, it's good to understand the finer details so you know when to act. In most cases, it's best to have asbestos removed rather than leave it, but if there's a chance fibres have already become airborne, you should act urgently. Here are the specific things that make these infamous fibres go from stable to dangerous.

One of the reasons asbestos was so widespread – and can still be found, despite its use becoming illegal several years ago – is that it was used in many building materials. In most cases, these materials can sit harmlessly for long periods of time.

The problem occurs when these materials are damaged or disturbed, which happens during building, demolition or renovation work. This releases the fibres into the air, after which they can be inhaled.

Asbestos was used in buildings because it's very strong, but the materials containing it are not invincible. Over time, they can begin to degrade or decay, which steadily increases the risk of fibres being released. This is more common in outdoor structures, but it can happen anywhere if left for long enough.

The risk of fire is one of the most compelling reasons to get any asbestos removed as soon as you're aware of its presence. While you can monitor materials and try to act before building work or natural degradation causes airborne fibres, fires can happen without warning and cause significant danger afterwards.

Asbestos is non-flammable, but the materials it was used in may not be. When they catch fire, the fibres can be released into the air, causing a cloud of dangerous asbestos. This should convince anyone that leaving it where it is is not an option.

You may have heard this term used when discussing asbestos but not understand what it means. When asbestos is friable, it simply means that it's fragile and prone to crumbling. This could be because of degrading materials, but it's also sometimes the form in which it was originally used. This was often as an insulating coating for pipes and other items, so be on the lookout for anywhere you may find friable asbestos. 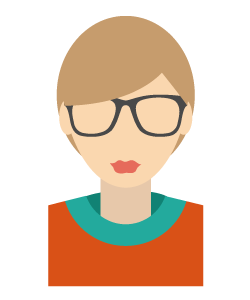 The impact of recycling and clean energy. Hello! My name is Sandra and today I realised that I needed to start a new blog so I could explore the many benefits of recycling and clean energy. My interest in the subject was sparked by my son telling me that he had been learning about climate change and humankind's impact on the planet at school. He was quite upset. I comforted him and then started to do some research. I met some really nice people and learnt a lot of cool things about what I could do to protect the environment.